Have you ever wondered what a honeybee does with her day? Below is a short story following the bees in a hive from morning to night. As you read the story, imagine what all the happy, little honeybees look like as they fly from flower to flower before returning home to their siblings. 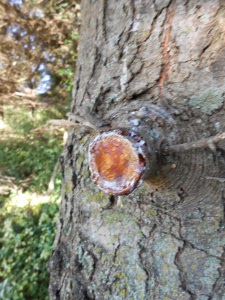 The bee yard is cloaked in stillness and silence. It is a slumbering baby peaceful and safe. The earth’s breath exhales, and a whisper of a breeze blows through fragile pine needles scenting the air. The trees keep a watchful gaze over the small, white towers resting beneath them. They seem frozen in place as if anything more than the slightest movement could break the spell. Even a drop of syrup, formed beneath the knob of a pine tree, stays in place. The trees cast sleepy shadows on the uneven ground covered in grass, pine cones, and aged pine needles, all wrapped in a liquid dew blanket. Above, the sky is as
blue as a child’s bright eyes and lightens with the promise of a beautiful day.

Under a canopy of pine trees, the bee yard begins to stir. As the worker bees emerge from their cozy homes, the cold chill of the morning air greets them. One bee, eager to begin the day, approaches the edge of her small porch. The morning sun glints off her fragile, transparent wings, as the shadows shift with the rising sun. The bee’s bronze and deep brown, stripped body is covered in tiny hairs, which she combs with her front legs as she stands preparing to take off. Her small head, with her innocent chocolate brown eyes, shifts slightly as she takes in the sight of her familiar home.  She takes one step forward, and then pauses as if drawing in a deep breath. Finally prepared, she lifts her wings, and rises into the damp air. All around her, scouts from neighboring colonies join her in flight. 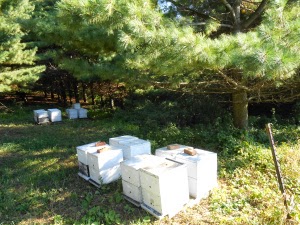 As the sun lifts higher, and the air begins to warm, scouts return home from their morning mission. They fly near the entrances of their hives, and then circle as they check to verify they have approached the correct tower. Moving closer, one scout comes within an inch of the hive and hovers as though she is a helicopter the moment before it lands. Soon, she lets herself drop the last inch, and she lands on the porch of her home.

In the hives surrounding her home, other scouts are mirroring her actions. Excited to gather information, worker bees surround the scouts as they explain the position of flowers through a dance. Soon, hundreds of bees line the porch ready to begin their day. As the bees take off, the buzz in the air grows louder. The world begins to vibrate with the beating wings of tiny workers. They are filled with purpose as they speed off in search of the brilliant blooms.

Upon spotting a bright flower, a worker hovers for a moment before dropping onto the soft pad of pollen. As she does, her tiny, fuzzy body becomes coated in the powdered pollen. Using her front legs, she combs her hair carefully. Then, she dispenses her findings into her pollen baskets. While on the same flower, she lets her straw-like tongue make contact with the flower’s nectar and carefully fills her belly with the sweet substance. Satisfied, she lifts off again and takes a short flight to a nearby flower. Soon, the small bee is too full to carry any more. Weighed down, she begins her flight home using the sun’s position as a guide. 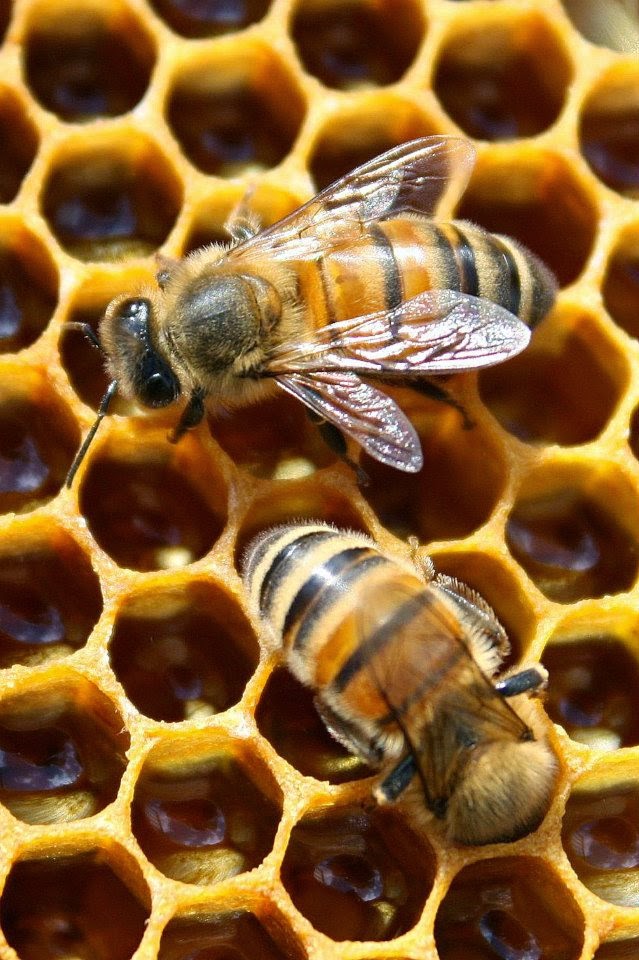 Back at the hive, the nectar filled bee begins transferring her gatherings to a waiting worker bee. The young bee is excited to taste the sugary, sweet liquid. Beginning her instinctive job, she transforms the nectar into honey and carefully packs it into the small, waiting hexagons. Beside her, hundreds of bees carefully pick their way across the combs, completing various tasks.

Beneath these vigorously working bees, in the first story of the hive, a host of female workers surround one very important bee. The queen is pampered and fawned over. Her doting daughters continuously surround her long, elegant body tending to her every need. She is the center, which the hive surrounds, and the life giver of all other workers. As the ruler takes confident, purposeful steps, her loyal subjects keep a careful circle around her. They watch as she carefully lowers her head into a nearby cell and uses her large, watchful eyes to inspect it. Once she has decided the comb has been properly cleaned, the queen strides across the cell and positions herself in front of it. Then, with great care, she arches her body so the tip of her behind dips into the comb and lays an egg. Stepping forward, she begins to inspect the next comb.

Later on, as the vibrant colors of yellow, orange, and red smear the sky, the last of the worker bees return home. As they make their final landing, they are greeted by waiting nurse bees who groom them like affectionate mothers. Weighed down by their precious loads, they quickly join their siblings within the hive to finish packing in the day’s haul. As they travel throughout the hive, they hear a comforting buzz and can smell their beloved queen. These small signs let them know the hive is safe.

Outside the hive, the world is settling down for the night. The fiery hues of the evening fade into a sea of endless black as the luminous moon takes its place in the sky. Milky white light slips off the moon and floats gently to the earth giving the grass a peaceful glow. Within the grass, crickets begin their lullaby taking the place of the subsiding buzz, and the rustle of leaves join with harmony. The air is filled with cool moisture as if the twinkling stars above are washing away the day. Filled with peace, the entire yard is a serene escape untouched by human flaw. With a final gentle breeze, the earth says goodnight, and the bees respond with a nearly silent buzz. The yard slowly falls back asleep dreaming of the day to come.
Posted by Mary Reisinger and Sydnie Paulsrud at 6:08 PM