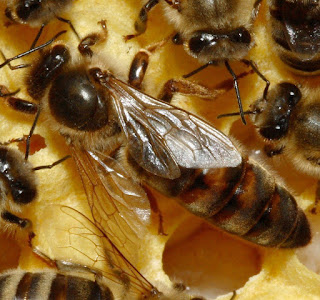 Once the old queen and all the other young queens have been killed, the new queen assumes her responsibility as mother of the hive. She will reign as long as she is healthy.
Posted by Lucy Winn at 10:27 AM No comments: