Does Honey Ever Spoil?

Once there was a king of ancient Egypt, whose name was King Tut.  Upon his death he declared he wanted honeycomb put in his tomb so that he could enjoy it in next world. Little did he know that 3,000 years later people would find his tomb and discover the very same honeycomb within. Surprisingly, the honeycomb was not spoiled and still edible! 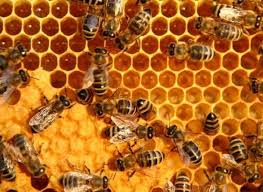 Honey never spoils, but why? How is it that every other food will go bad at some point but honey always stays good? The answer lies in how honey is made.


When a honeybee makes honey there are a few things done to the nectar before it turns into honey. First, a honeybee gathers the nectar from flowers. A honeybee has a long tongue called a proboscis. The worker bee uses her proboscis to suck up the nectar from the flower and store it in her special honey stomach. Honeybees have two stomachs, their regular stomach that they eat with and their honey stomach that they use to store nectar and make honey. Some people also call it a honey sack. Once their honey sack is full they will fly back to the hive. As they fly, the honeybee mixes three enzymes into the nectar. It is one of these specific enzymes makes the honey never spoil.


Once the honeybee gets back to the hive she dehydrates the nectar by fanning her wings to remove most of the water. After the nectar is dehydrated it becomes honey and is placed into a wax cell.  The cell is capped over with wax, which acts as a lid to keep the honey clean.


Honey will never spoil as long as nothing else is added to it. However, if honey is not properly dehydrated and the water content is too high, the honey will ferment but not spoil.  Also, honey can crystalize.  This does not mean the honey is bad, this means the liquid honey begins to thicken and become solid by forming sugar crystals. If honey becomes crystalized, it can be returned to normal by warming it at a low temperature.  It is important that the temperature is not too hot so that beneficial enzymes in the honey are not harmed. 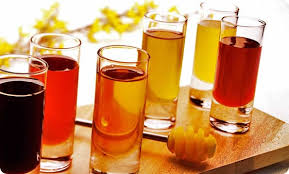 When the honey was found in King Tut’s tomb, people were able to taste it because honeybees added a specific enzyme 3,000 years ago! Because of the honeybee and their special enzymes, honey never spoils and can last forever! Honey is an amazing topic and we learn more about it all the time.
Posted by Lucy Winn at 12:00 AM No comments: